Knights' Quest Ministries (KQM) is dedicated to addressing the unique problems posed to individuals and families by the advent of our high-tech, ever-changing, over-sexualized society. Our primary focus has been to educate and equip parents and youth so they can defend against the threats posed by Internet pornography, online predators, and the new "cyber-sexuality". This focus led to our development of a variety of seminars for youth, parents, and professionals to enable us to do this!

Dedication to the program of the knight's Sovereign.

A clear goal or mission.

A desire to continue until the mission is accomplished.

The chivalric behavior of the Knight, dedicated to honor and integrity. 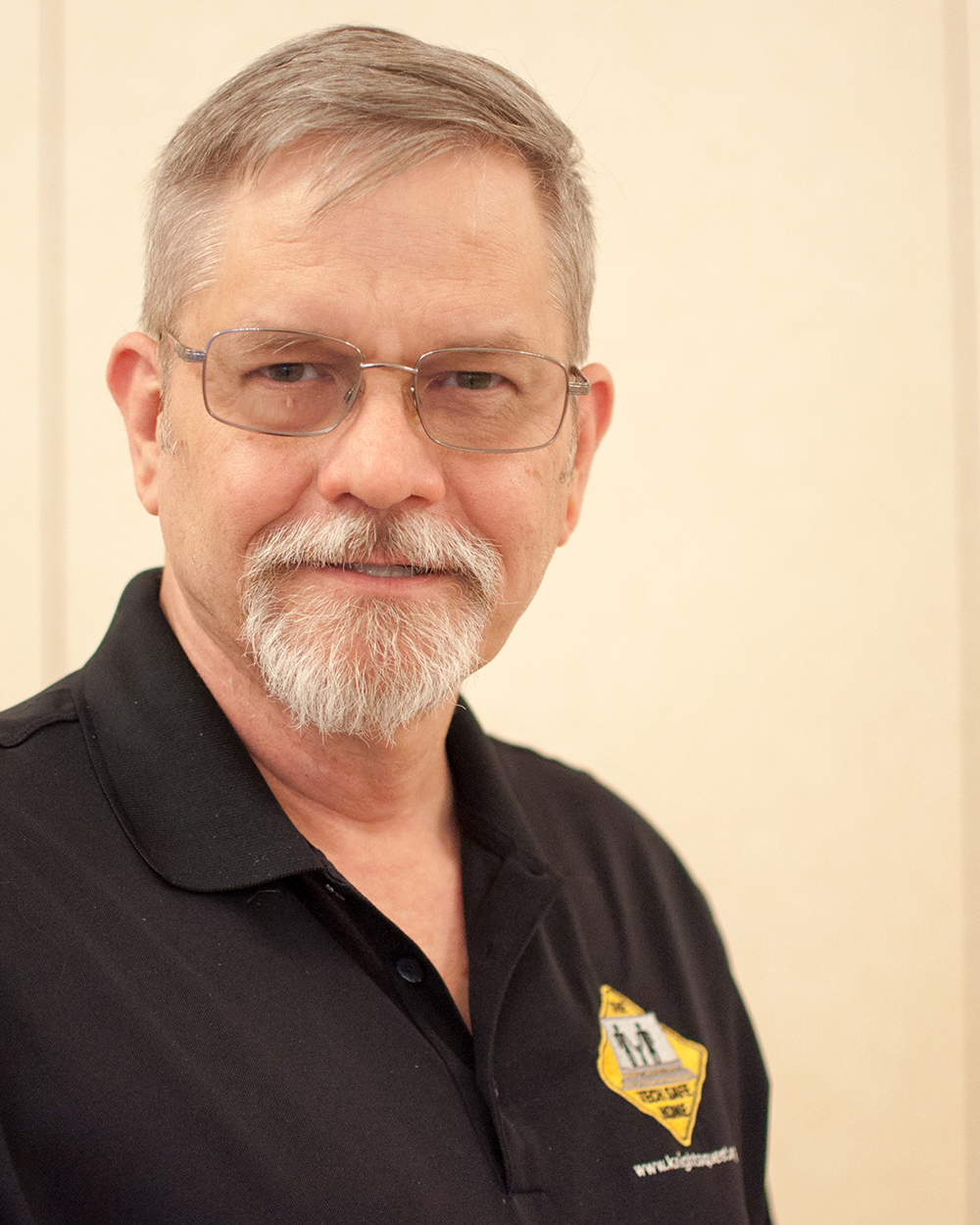 Buddy Knight is the Director and principal speaker for all KQM seminars. Buddy graduated from the U.S. Naval Academy in 1981 with a degree in Systems Engineering. During his Naval career he served in various active and reserve units including attack and reconnaissance squadrons, major intelligence centers, and on a Carrier Group Battle Staff. He was recalled to active duty for OPERATIONS DESERT SHIELD/STORM. Buddy was medically retired from the U.S. Naval Reserves in 1995 at the rank of Lieutenant Commander. His duties took him to Europe, the Middle East, Africa, and Central America. During his Naval Career he received four personal decorations.

Buddy received his Masters of Divinity (with Biblical Languages) Degree from Southwestern Baptist Theological Seminary in 2001. Within his degree he completed a concentration in the field of Marriage and Family Counseling. As an ordained minister of the gospel, Buddy has served both as pastor and as a minister-at-large.

Knights' Quest Ministries was founded in 2001 as a result of the Lord’s leading during Buddy's 2000-2001 Field Theology Seminary Classes. During this period, Buddy met many parents who had discovered that their children were into unhealthy uses of the Internet. He has also counseled and worked with adults whose lives have been damaged by issues involving online sexuality.

In addition to developing Knights' Quest's discipleship materials, Buddy has also written numerous articles for regional and national magazines such as Lifeway Publishing's PARENTING magazine. He has appeared in the media in both Texas and Arkansas.

Buddy lives in Fort Worth, TX with Jane, his wife of 40+ years, who is also a Naval Academy graduate. They have four adult children and one grandson (as of 2022). Buddy is active in his local church on many levels and serves the community on various boards and programs. He is also a cancer survivor (Hodgkin's Disease, 2003) and a stroke survivor! Buddy enjoys movies, Netflix binge-ing, reading, blogging, working out, and computer strategy/flight simulation games.